October 2021 marked exactly 75 years since a Court of law first punished individuals for their involvement in atrocities committed during conflict. On 1st October 1946, for the first time in history, a court gave its verdict, sentencing 25 Nazi men for German war crimes and crimes against humanity. These men were high-ranking political and military leaders of the German Third Reich. These prosecutions were later known as the Nuremberg Trials. How did we get here?

Let’s rewind to the fall of 1939, when the then “great” nations of the Earth declared war on each other. The radical nationalism and chest-thumping displayed by European Heads of States paved the way for the subsequent 60 months of brutal warfare, genocide and the consequential deaths of 50 million men, women and children.  When the war finally came to an end in 1945, as a result of the unconditional surrenders of the Axis Powers, the nations of the world were appalled by the atrocities and the horrors of war, and they declared “Never again; never again should anything horrifyingly similar occur.”

In line with this, the victors of the war, the Allies, created the International Military Tribunal, and tasked it with the prosecution of key figures in the German war machinery. These individuals were to be prosecuted for crimes against Humanity, crimes against peace and war crimes. These trials marked the first time in history when the world unanimously agreed to prosecute individuals for International crimes. 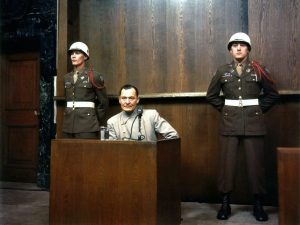 Critics of the Nuremberg Trials labelled the Trials as “Victor’s Justice” as the atrocities committed by the allies were never investigated or prosecuted. For example, no one was ever held responsible for the mass executions of 22,000 Polish intelligentsia at Katyn by the Soviet. Further, the Germans convicted at the Nuremberg trials did not have the right nor the capability of appealing their convictions.

The “Situation in Africa”

The  ICC has long been unpopular amongst modern-day African States.  States like South Africa, Burundi, Gambia, and Kenya have threatened to withdraw from the ICC and its Rome Statute.  Quite astonishingly, the African Union has supported these calls to withdraw. This lack of popularity can be attributed to a general feeling, particularly within the African political elite, that the ICC unequally enforces International Criminal Law, in that it actively targets African States inappropriately.

While the ICC ideally has universal jurisdiction, Africa is of the opinion that the Court has exercised its investigative and prosecutorial powers with geographic and racial selectivity. The ICC’s portfolio of achievements does little to counter this accusation. Of the 16 “Situations” that the Court has investigated, 10 are within the African continent. Additionally, every single one of the 30 individuals, on whom the prosecutorial power has been exercised, is African by race.

It is of course evident that African States are primarily receivers of International Criminal Law and not developers of international criminal law. African States were never actively involved in the evolution and development of international criminal law and jurisprudence. Scholars of Third World Approaches to International Law (TWAIL) have backed this allegation with two pieces of evidence. The first; ICJ is built on foundations of euro-centrism and hegemony. The Nuremberg Trials were seen as a statement that international law would not concern itself with atrocities, unless of course the victims are Europeans, or the atrocities are committed in Europe. It is important to keep in mind that the heinous atrocities committed by colonial powers in Africa on Africans were neither prosecuted nor did they receive world-wide attention or concern.

Secondly, the majority of African States received their independence in the middle of the Cold War, when consensus on international agreements was paralysed by suspicion and competition. This was the period in which ICJ was being developed.

In this vein, it is understandable that African States and Africans view the ICC as a disguised tool of western imperialism. TWAIL’ers have labelled ICL as an exportation of civilisation by the “civilised West” to Africa; “the uncivilised Continent”. Consequently, the ICC’s focus on Africa is a depiction of Africans as a people who are in need of saving from their chaos.

The crucial question to ask, as we mark the 75th Anniversary of the Nuremberg Trials, is whether international criminal justice has prevented “Never again” from happening again. While yes, we have not had another World War since 1945 (and fortunately I must add), violence and brutality have consistently persisted all over the world in the last 75 years. From war crimes in Syria, genocide in Biafra, and crimes against humanity in Myanmar, “never again” continues to happen.

Launch of the 'Who is Who' database. 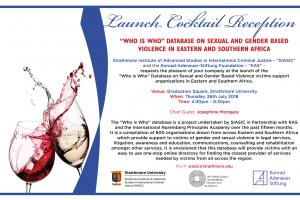 Launch of the ‘Who is Who’ database. 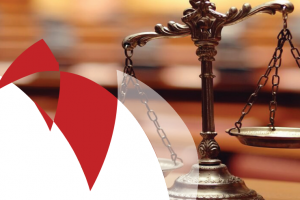 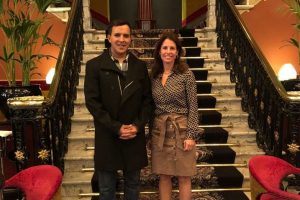